Is vegan fast food a better option than meat? We show you some healthy options

The vegetarian food model has suffered a huge boom in recent years, mainly due to greater consumer awareness on ethical and environmental issues, although also healthy.

If we refer to veganism – which we remember, it is much more than a way of feeding – it is clear that both the market and the food industry have had to adapt to the new demands of consumers.

This has caused that, among many other things, vegan fast food options appear, colloquially also known as ‘junk food’. Therefore, in today’s post we tell you if really fast vegan food is healthier than that which contains raw materials of animal origin, and we analyze some specific cases. 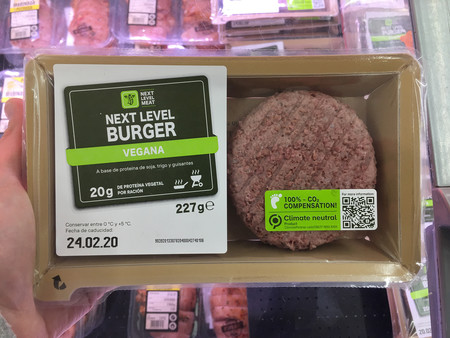 If we talk about vegan burgers, we can’t ignore the recent launch of the ‘Next Level Burguer’ by the Lidl supermarket chain.

This new vegan product that simulates a traditional meat burger has revived the flame of controversy in terms of terminology and food legislation. In fact, for many social media users, using the popular designation of ‘vegetable hamburger’ towards a product that has no meat in its composition is a real nonsense – remember that Spanish law does not allow this mention. This matter, of course, opens a great debate about the nomenclature that vegan products should use.

But let’s focus on the burger itself ‘Next Level Burguer’. Regarding the ingredients, we see that this hamburger has a healthier profile than other similar products that have been going on sale in recent years.

Its mushroom base, as well as soy, wheat and pea proteins, makes this product can be considered a healthy option when resorting to a meal that involves less time for culinary processing, and also contains a fairly decent amount of protein. 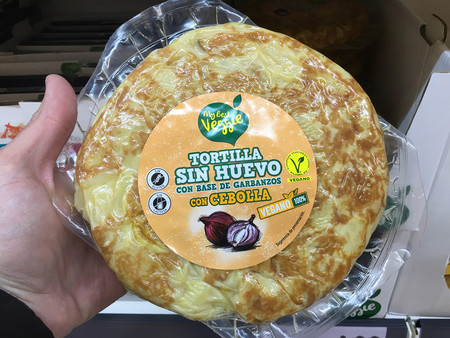 Maybe the term ‘potato omelette’ is not the first thing that comes to mind when we talk about fast food. However, products that emulate some classic preparations in vegan version They have gained a lot of prominence in recent years within the linear supermarket.

Specifically, vegan potato tortillas are one of the products that generate the most controversy within this food group, where legumes usually predominate as a protein source, with lentils being referenced in the case of vegetable burgers, and chickpeas if we focus to the tortillil field.

In addition, in the case of potato tortillas, we are not only talking about organoleptic issues regarding the acceptability of the product by the consumer, but also there is an additional technological problem That deserves special attention: the absence of egg.

The egg is a food that It has many technological properties which give it different applications in the kitchen, such as in the preparation of dough for desserts, pastries, or even in epic preparations such as potato tortillas.

Among many other qualities, the egg has binding properties, that is, it holds all the tortilla components together. Therefore, when dispensing with the egg in a vegan tortilla, the main problem is to ensure that the structure of the preparation remains stable and does not destroy at the minimum contact.

To accomplish this, stabilizers such as xanthan gum are used, which also acts as a thickener and emulsifier when added as an additive in other prepared foods.

Untapanes, battered and sliced: those who don’t

Generally, we could catalog this product group as those that they have a worse nutritional quality within the catalog of vegan preparations offered by supermarkets.

Slices and batters that simulate meat products such as sausages, meatballs or sausages, have a very poor nutritional quality of ingredients. Its predominant raw materials are refined oils and flours, as well as starches and additives such as thickeners, which despite not being problematic for health in themselves, the truth is that do not provide too interesting nutrients.

As for the ‘untapanes’, this food group has been elaborated based on refined oils and scarce amounts of roots and vegetables that only serve to confer some color and flavor. Nevertheless, there are some healthy options between them. Just look for those untapanes that have vegetables and vegetables as the first ingredient, as is the case of this spreadable cream based on scalding whose ingredients we show you below. 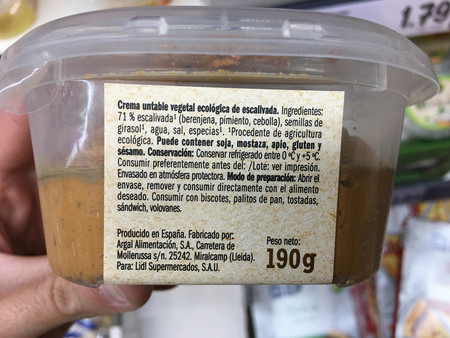 As a final recommendation, and if you like to consume this type of spreads, We advise you to resort to preparations such as hummus and guacamole. You can find different healthy options in the supermarket, but you can also encourage yourself to prepare them easily at home through one of our recipes.

Vegan doesn’t have to be synonymous with healthy

As we have already seen, that a food lacks raw materials of animal origin does not automatically turn it into a healthy product. There are ingredients of plant origin that can also be detrimental to health consumed for a long time – the simplest example is in sugar.

If we put aside the ultraprocessed ones, the truth is that, generally, a vegetarian or vegan diet could be considered healthier than a standard diet, just for the mere fact of being based on large quantities of vegetables, fruits and vegetables.


But of course, we would be comparing vegan food with the most common diet among the population, where currently ultra-processed and quality raw materials are lacking. This means that if an omnivorous diet is well planned, it has nothing to envy to a vegetarian or vegan model at a healthy level.

In short, the question is not to compare whether vegan food is better or worse than an omnivorous, since both well planned options can be perfectly compatible with health. We must break with those myths that catalog veganism as a lifestyle that is harmful to health, something that science has completely denied.

In Vitónica Not everything « vegan » is healthy: eleven products that seem healthy, but are not

so you can train in your classroom

Do i have to be alarmed? So you can use the training zones of your smartwatch

Is vegan fast food a better option than meat? We show you some healthy options

so you can train in your classroom