The Mediterranean diet has been considered for decades as one of the healthiest food models in the world. And it is not for less, since the consumption of high amounts of fruits, vegetables, vegetables and Olive oil, among other healthy foods, is closely related to a better state of health.

However, the Mediterranean diet also presents some doubts within the scientific community. In fact, in recent years we have seen how science has contradicted some of the nutritional pillars on which this global diet is based.

Where does the Mediterranean diet come from?

Despite popular belief, the idea of ​​’Mediterranean diet’ did not arise in Spain. Paradoxically, it’s not even a concept coined in Europe not in the Mediterranean countries, but in the United States.

Specifically, the concept of the Mediterranean diet is attributed to physiologist and researcher Ancel Keys for his famous epidemiological studies in nutrition and health. 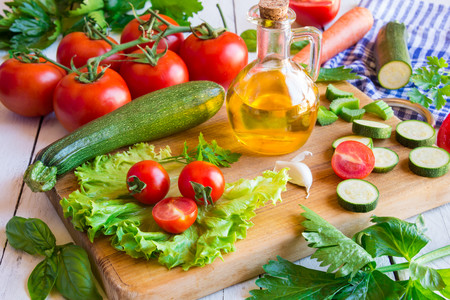 One of them, ‘the study of the 7 countries’ was published in the year 1970, and supposed in a certain way the origin of the concept ‘Mediterranean diet’, although this was not even mentioned in that publication, as we will explain later.

The study of the 7 countries

The research known as ‘the study of the 7 countries’ was carried out by Ancel Keys and his collaborators with the intention of establishing a clear relationship between the consumption of saturated fats, cholesterol and a higher prevalence of cardiovascular diseases.

To do this, they conducted a large cross-sectional cohort study with an approximate sample of 13,000 men at an age between 40 and 59, and from different countries, such as the former Yugoslavia, Italy, Greece, Finland, the Netherlands, the United States and Japan.

The conclusions of the study showed that those countries with a higher consumption of saturated fats had a higher incidence of cardiovascular diseases, sowing a seed in the field of nutrition that would give much to talk about in the coming years, despite some great mistakes in the investigation, such as a premeditated selection of the countries analyzed as criticized by many of their detractors.


However, it seems that the controversy did not matter too much, since since the 80s began to spread among the population that fats were the main culprits for the presence of cardiovascular diseases. All this probably originated the boom of fat-free and light products in supermarkets all over the planet during the following years, something that still exists to this day.

Why is it called the Mediterranean diet?

In addition to concluding that foods high in saturated fats were primarily responsible for cardiovascular disease, Ancel Keys said that those populations with a higher consumption of olive oil, fruits, vegetables and legumes had lower cases of heart disease.

These populations with lower incidence of cardiovascular diseases were located in southern Europe, a fact that greatly influenced the creation of the concept ‘Mediterranean diet’ later, but not by the author during his research as many think.

The mistakes of the Mediterranean diet

The concept of the Mediterranean diet as we know it has evolved to the present day, but sits on some solid bases that have remained stable within the years. 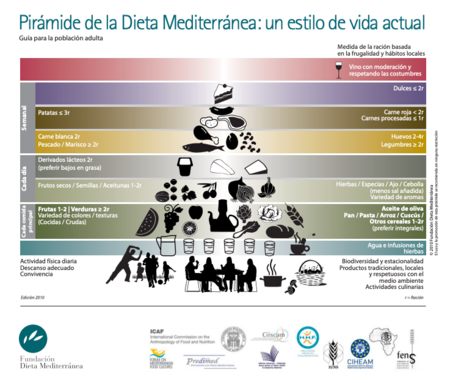 The most important recommendation, and the one that stands out the most, is the healthy fat intake such as olive oil and nuts, in addition to large amounts of fruits, vegetables, legumes and vegetables.

However, the Mediterranean diet continues to drag the belief that animal fats are worse than vegetables by definition, undervaluing some foods such as eggs. It is curious that in the case of the egg, the Mediterranean diet recommends its moderate consumption when we really know that it is not a food harmful to health or increases the prevalence of cardiovascular diseases.


Something similar happens with dairy products, and that is also somewhat contradictory, since a daily consumption of dairy products is recommended while alerting us to animal fats. In this case, dairy products presently present a neutral food in terms of health. Neither their fat is as harmful as we thought years ago nor are they mandatory daily consumption foods. They are currently classified as ‘neutral’ foods by other more up-to-date food models, such as the ‘Healthy Eating Plate’ of Harvard University.

Finally, we find in the promotion of alcoholic beverages such as wine another of the major failures of the Mediterranean diet at a healthy level. And, for some time we have known that alcohol consumption is harmful to health, even if it is moderate and in small doses. This evidence seems to be ignored by the Mediterranean diet, since in its official recommendations it is still committed to moderate consumption and adapted to the local wine culture.

The Mediterranean diet is not perfect 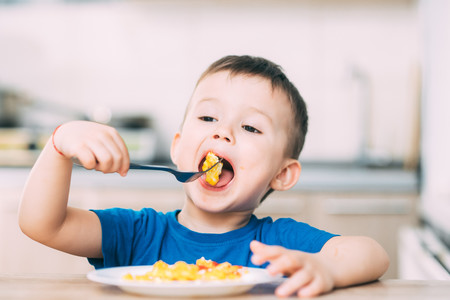 As we have explained throughout the article, the Mediterranean diet is a food model that presents great healthy proposals. Nevertheless, has been quite late in relation to the latest scientific evidence within the field of nutrition, so it does not seem the best system to eat healthy today.

We must be aware that the majority of the population does not eat healthy, and therefore metabolic diseases such as obesity and heart disease do not stop growing exponentially. In addition, and contrary to what many experts consider, in Spain a Mediterranean diet is not followed, but an insane diet full of ultraprocesses. Therefore, the current priority should be the establishment of measures that help the population to stop eating so badly, instead of promoting the so-called Mediterranean diet.

In Vitónica | Fats are necessary for your body: which ones to choose to hit and where to find them

A pulley workout for every major muscle group in the gym

Exercise training with your own body weight at home